The critically endangered western chimpanzees living in the Tai National Park are unique. They use more than 26 tools and are particularly known for their nut cracking skills. They hunt as a team, and have shown to adopt orphans who have lost their mothers. The Taï chimpanzees have been studied by Professor Christophe Boesch from the Max Planck Institute for Evolutionary Anthropology since 1979. Numerous studies have led to the publishment of hundreds of scientific articles and several books.

The Taï Chimpanzees are featured in the Disneynature “Chimpanzee” movie, broadcasting the story of Oscar, a baby chimpanzee, from childhood to teenage years.

Chimpanzees are important for forest conservation: thanks to their long life, long daily movements in their large territories (several kilometers each day) and their fruit consumption, they guarantee the seed dispersal, essential for the forest regeneration.

Chimpanzees are very shy, they run away when humans come close. To see the chimpanzees in their natural habitat, they have to be habituated to the human presence. This process can take more than 5 years.
At the Djouroutou ecotourism site in the Tai National Park, the habituation process is ongoing and visitors can already observe chimpanzees there. 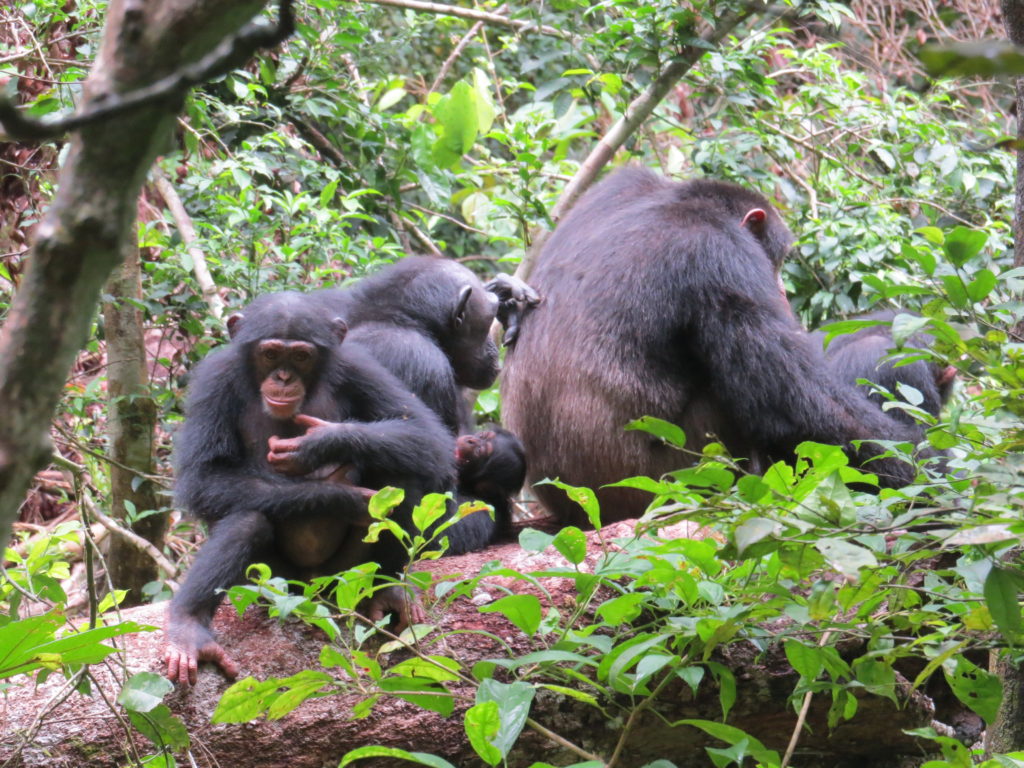 Dale is the dominant male, and thus chief of the habituated chimpanzee group.

Akale is a young male, who loves playing and jumping from branches to branches.